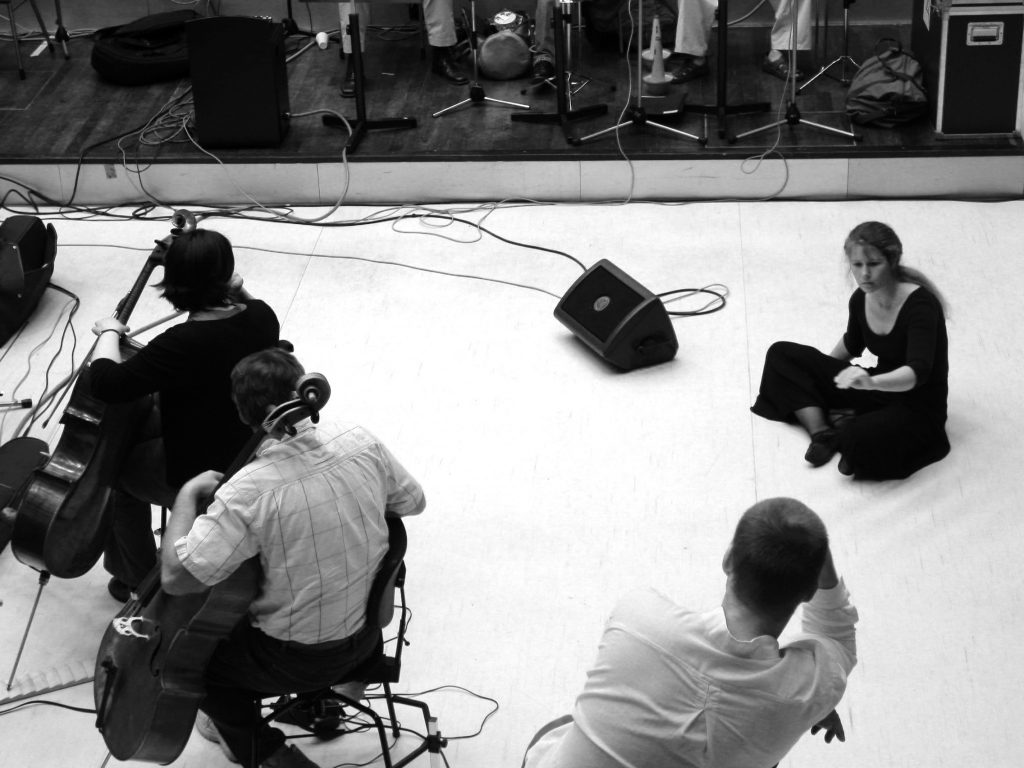 When the German music publisher Schott published the first two volumes of piano scores in 1996, an important step was made towards a worldwide discovery of this oeuvre.
De Hartmann said about this music: „I can’t keep to tell something about Georgi Ivanovitch. Here we understand why Georgi Ivanovitch put always a great weight on music. He himself played and also composed. If we compare it with the music of all the religions we can see that music plays a great role, a great part in the so-called religious service. But after the work of Georgi Ivanovitch we can understand better that music helps to concentrate, to bring oneself to an inner state where we can assume the greatest possible emanations. That is why music is just the thing which helps you to see higher.“
The music of Gurdjieff’s father, an ashok (troubadour) of an ancient tradition, Greek Orthodox liturgical music and Caucasian and Greek folk music -all these were woven into Gurdjieff’s early youth. More important than the emotional value to him was the fact that music consisted of vibrations through which laws could be studied that apply to the whole of creation. When Gurdjieff describes the processes of creation, of evolution and involution, he re-establishes an alliance in musical terminology between science and music that goes back to the oldest and most venerable traditions of Western thought. The Gurdjieff/de Hartmann music can be divided into the music for the Movements demonstrations in 1923/1924 as they were performed by a 36-piece orchestra and the compositions written between July, 1925 and May, 1927.

The value of the Movements music

Apart from the fact that the music for the Movements represents a substantial part of all of Gurdjieff’s musical works, nobody has ever sufficiently emphasised that virtually all the music composed by him before 1924, was made for the Movements. All the dates supplied by de Hartmann in his autobiography as well as the dates on his manuscripts confirm this. (The compositions before 1924 include fragments from The Struggle of the Magicians, The Initiation of a Priestess -maybe his most ambitious and surely his longest composition- and The Great Prayer, a piece without equal in this oeuvre. It is true that this music is best appreciated by experiencing the Movement for which it was composed or, even better, by participating in their performance. Nonetheless, it seemed appropriate to present this music independently and let it speak with its own voice.

The Gurdjieff/de Hartmann music for the Movements has been privately published on two occasions. First, around 1954, when de Hartmann published his three selections, all copies of his own hand-written manuscripts. In 1990, Triangle Editions, New York, published all of the Gurdjieff/de Hartmann music for the Movements for which the notes for performance still existed. They presented the entire collection in two volumes; the first containing the works by Gurdjieff and de Hartmann, the second those composed by de Hartmann alone. This was a valuable effort that could have ended a lot of confusion, if only the circulation of these books had not been so extremely limited.
Many CD’s dedicated to the Gurdjieff/de Hartmann music continue to ascribe one or more of their pieces to Gurdjieff that were not actually composed by him. One of these CD’s even presents 37 pieces as such, the vast majority of which Gurdjieff had not even heard, let alone composed. It seems necessary to draw a line between Gurdjieff’s collaborations with Thomas de Hartmann and works by other composers, including those made by de Hartmann after Gurdjieff’s death.