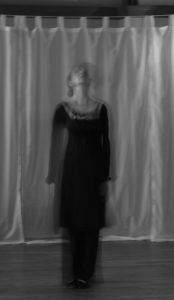 Curt Sachs, the great German researcher on music and dance, formulated the principle that no single cultural phenomenon exists that will not be influenced by other cultural phenomena and in its turn not influence other cultural phenomena. When Gurdjieff presented his Movements in France and in America, these events were open to anyone interested and with a single exception, admission was always free.
When he was asked, „Why do you open this to all these people?“ he answered angrily, „How can you judge?… We have to let everyone hear. The results do not belong to us.“

The only way we feel that the Work could be productive is to avoid a hierarchical, or closed structure. The new sociological situation of our time had done the same thing to large commercial institutions as to the Work organisations, and therefore it required co-operation rather than incorporation. It requires working on the same level, in smaller sub-units, rather than in a „topdown“ structure.
We tried to find a middle way; we didn’t want to throw the Work out onto the street at the feet of every passer-by, but rather, to open it to those with a real interest.
That has worked marvellously well. Almost by itself, three Movements groups were born, consisting of hard-working and serious-minded people, one in Berlin, one in Cologne and one in Amsterdam, and they have stabilised themselves rather quickly. These groups have been in existence since 1995.